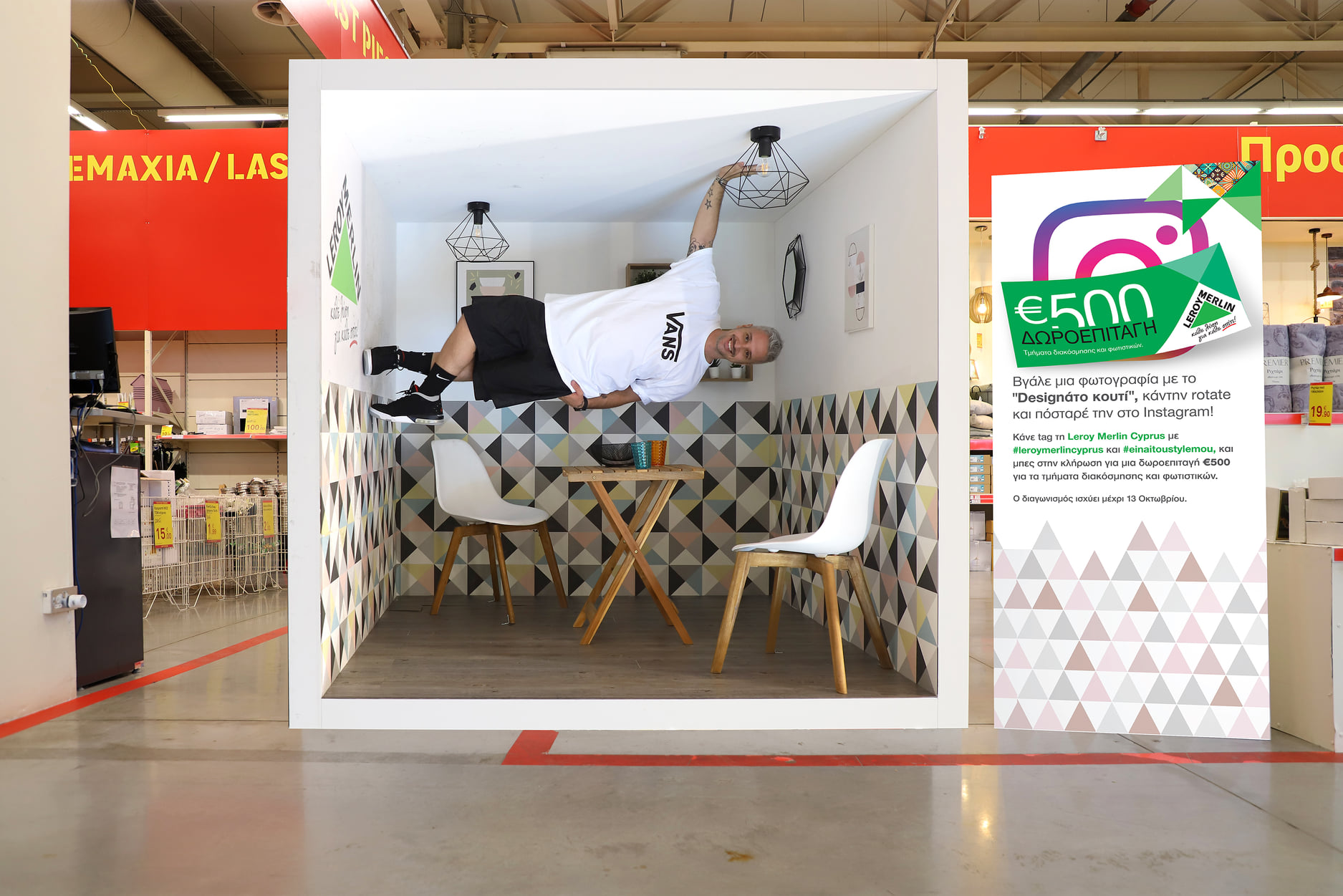 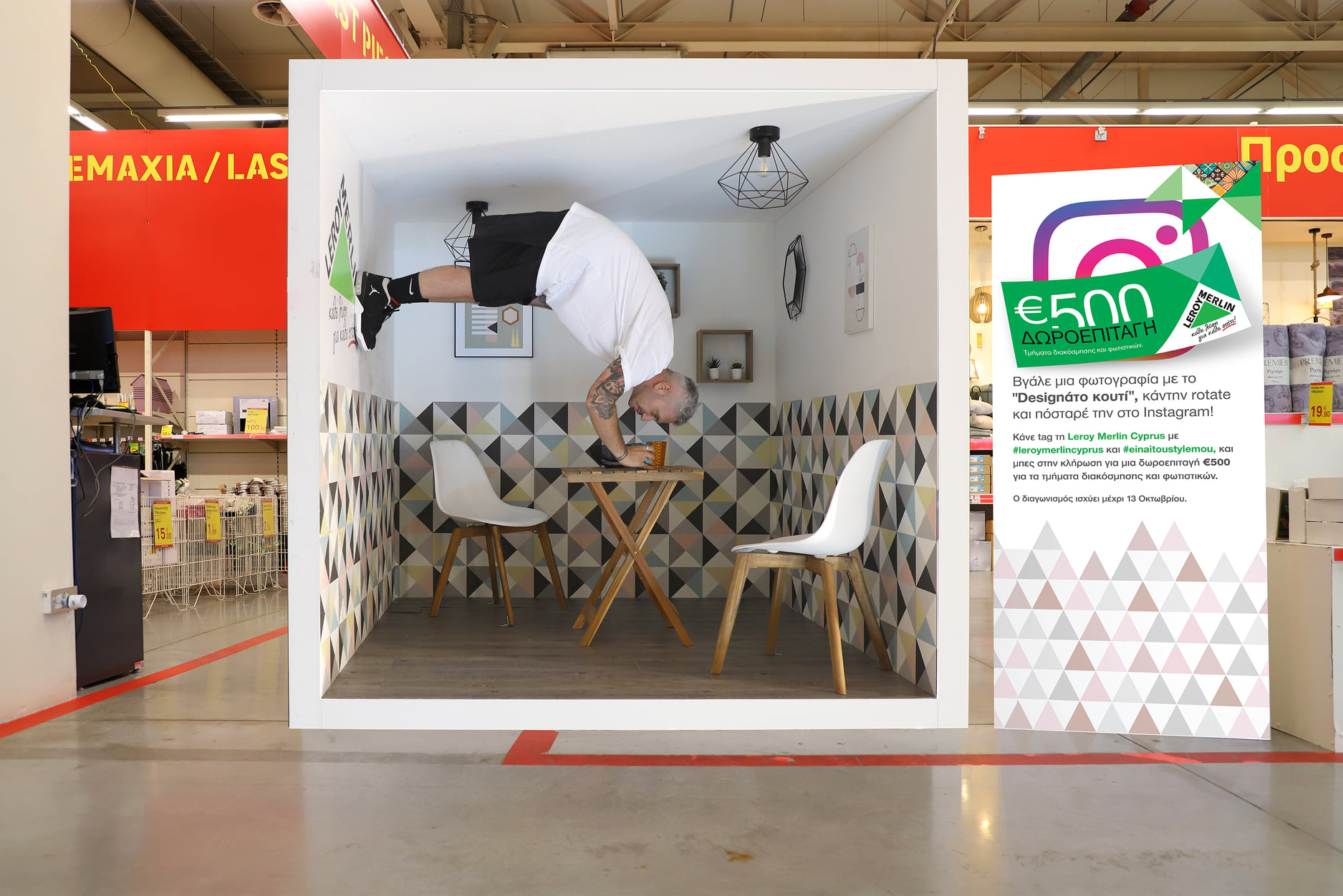 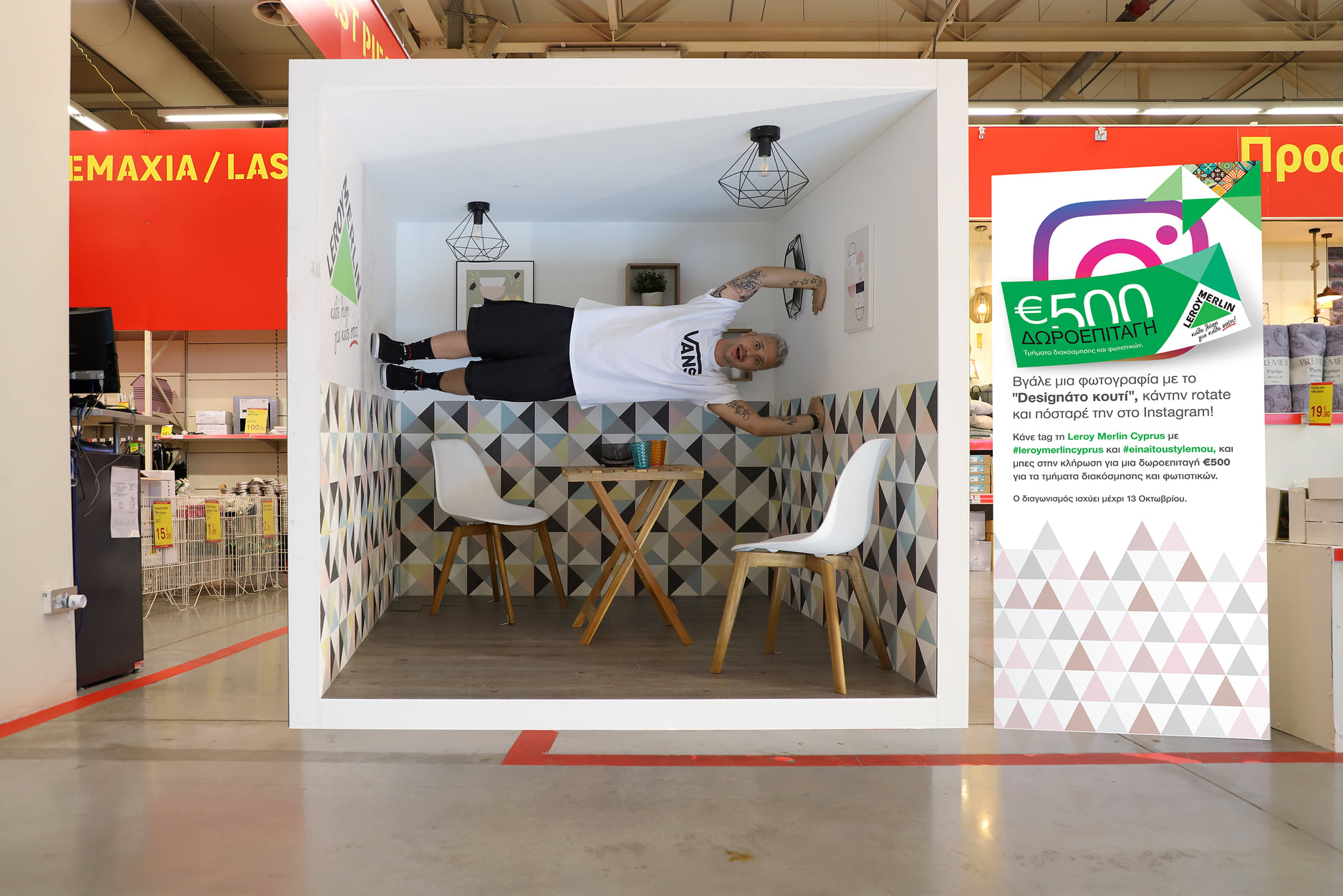 Having the intention to create a notable experience for the visitors of our client Leroy Merlin, we designed an “LM Illusion Box”, which we put inside the department store in 27 September 2019.

The LM Illusion Box, which was specifically designed to create the delusion  of weightlessness , apart from being used as a photo booth, was combined with a competition, to which, all the customers that were posting their personal photo on Instagram , using the hashtag #einaitoustylemou , were participating in a  draw for a  gift voucher of 500 euros.

In addition to the creative idea and the implementation of it, we also had the responsibility of the general publicity of the event and the competition which we promoted through the social media of our associate influencers, succeeding great exposure.